At the start of this month I had the pleasure of visiting the Red Snapper by seven dials to celebrate a friends 22nd birthday.

Thai food in Brighton doesn’t seem to have the fervent following that other cuisines seem to have, if asked for  a recommendation for a Thai restaurant most people will shrug their shoulders. After bothering a large amount of people I was pointed in the direction of The Red Snapper.

We made a booking for 15 of us on a Saturday night, looking to take advantage of the reasonably priced food and corkage prior to a night on the town. It was a great evening and the staff didn’t mind that we were quite rowdy.

The restaurant itself is quite intimate -but they still managed to fit all 15 of us in comfortably. When we arrived the table was laden with Thai-style prawn crackers that we all wolfed down eagerly. Due to the size of our booking it had been agreed prior that we would share several mixed starter platters between us. 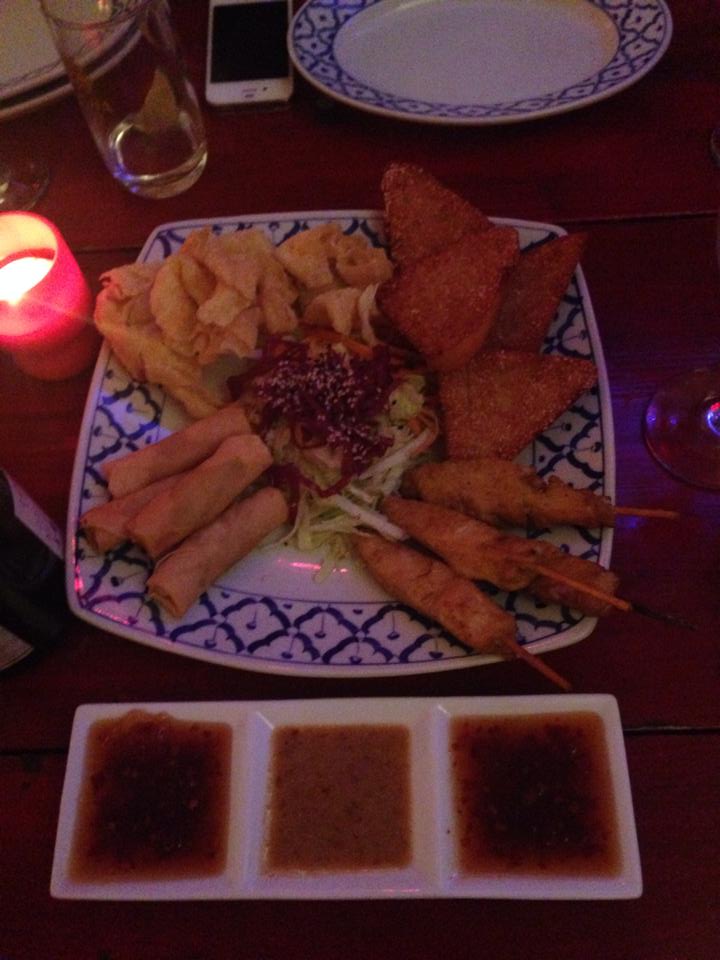 The starter was great! Particularly the dumplings. Although the prawn toast, chicken satay sticks and spring rolls were equally delicious when dipped in the sauces provided (Which were satay and sweet chilli)

The salad was also a great touch – it made us all feel a bit better about the amount of indulgent starters we’d consumed. 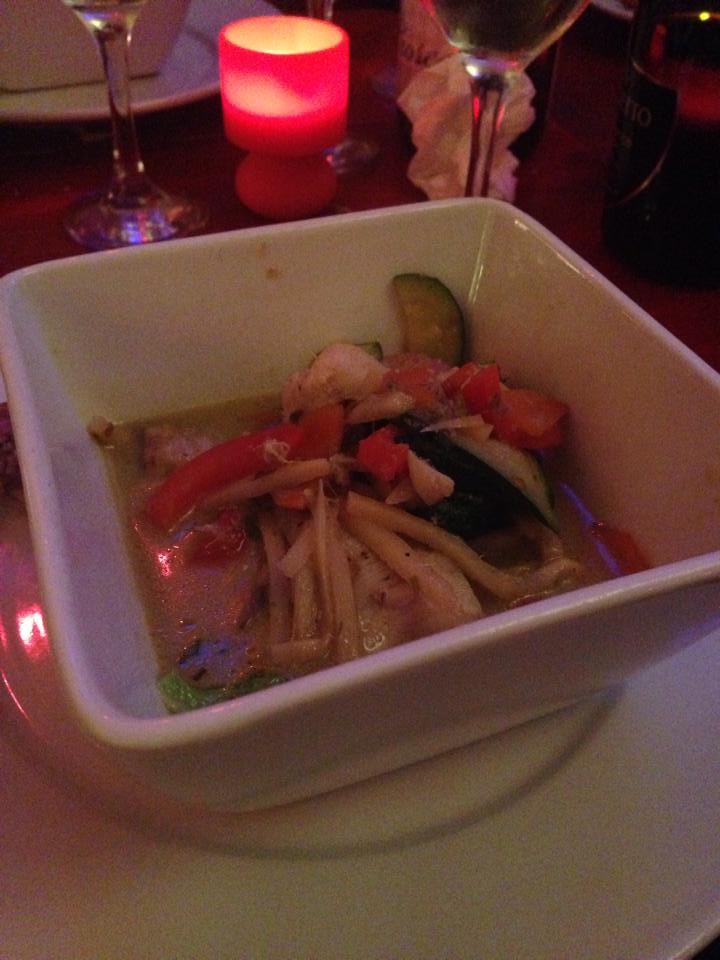 Following on from the starter I ordered a Thai-Green chicken curry that was also very tasty, all of the curry pastes used are made from scratch and you can definitely tell. It was incredibly more-ish and went excellently with the coconut rice.

We had a fantastic meal – the service was attentive and the food came out swiftly. My only gripe would be the cold plates we were served our mains on. But I can totally understand that it’d be very difficult to heat 15 plates during the peak hours that we visited.

The food came to around £15 per person, which I thought was well priced for the quality of the dishes. Since it was B.Y.O this made for a very cheap dining experience.

I’d definitely recommend the Red Snapper to my friends, I have since been back  and tried it’s namesake dish (Crispy red snapper fillet) and would advise getting that over the curries available.

If you’re hankering for Thai food and are in the Brighton area it’s safe to say that this is the place to go!